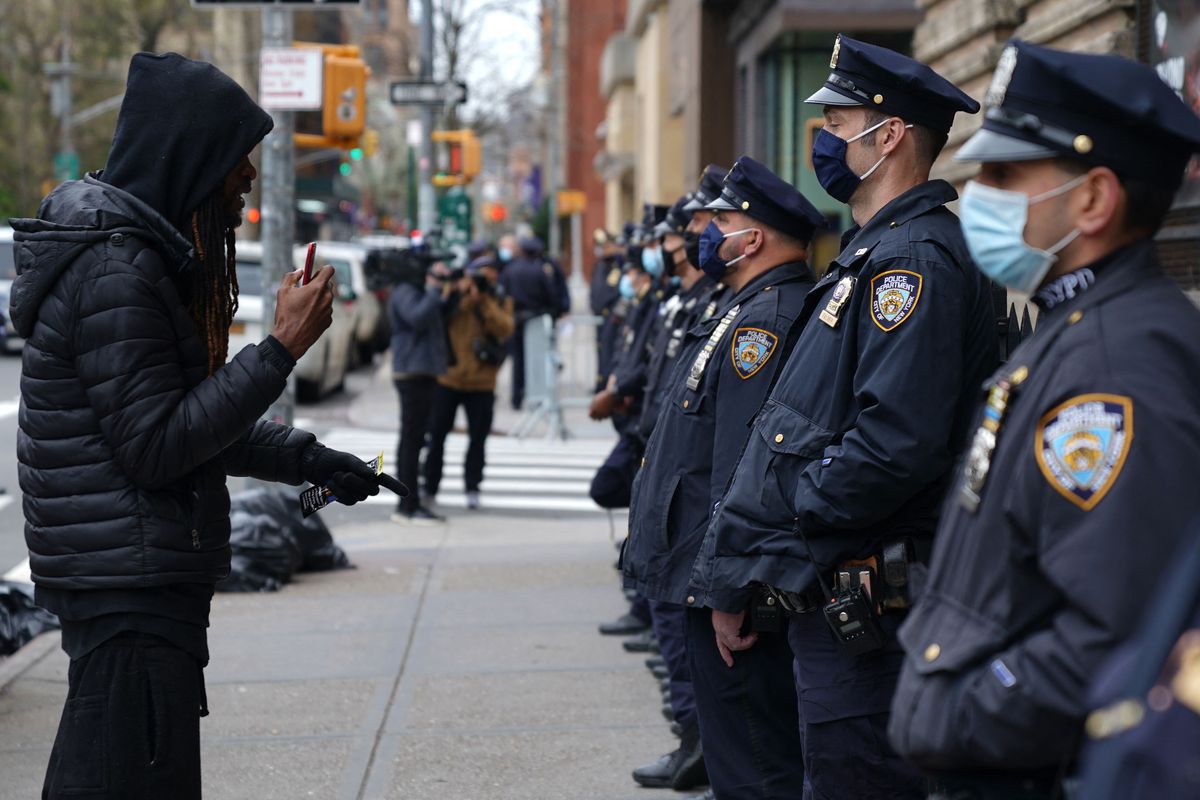 Most African Americans want protection from crime. They don’t want to get rid of the police, they want to turn them from a threat to an ally.

Even as Derek Chauvin is on trial for the murder of George Floyd, police 10 miles away fatally shot an African American man, Duante Wright, after pulling him over for an alleged traffic violation.

That triggered protests that led to confrontations with police, despite Wright’s family pleading for non-violence. The Washington Post reports that 985 people have been shot and killed by police in the past year, with blacks more than two times as likely to be shot and killed than whites. Fundamental reform is long overdue.

Now the House of Representatives has passed the George Floyd Justice in Policing Act for the second time. The act, drawn up by Rep. Karen Bass and Judiciary Committee Chair Rep. Jerry Hudson, has been endorsed by leading civil rights and criminal justice groups, pushed by the Congressional Black Caucus, and hailed by George Floyd’s family and attorneys.

The act would set national standards for police behavior. It bans the use of chokeholds of various sorts, like that used to kill George Floyd. It bans no-knock warrants that led to the shooting of Breonna Taylor in Louisville. It restricts the transfer of military weaponry to police forces. Federal assistance would be conditioned on local police forces requiring the use of body and car cameras, as well as anti-discrimination policies and training. It restricts the qualified immunity doctrine that shields police from civil liability.

Joe Biden has called on the Senate to pass the measure and promised to sign it into law. These commonsense reforms should have bipartisan support, but sadly the bill received only one vote from Republicans when it passed the House in February.

The reforms are far from complete. The Movement for Black Lives, the collection of 150 civil rights groups that helped organize the unprecedented protest movement across the country after George Floyd’s death, praises the creation of federal standards, a ban on chokeholds and restriction of the immunity doctrine but says that the bill goes “nowhere near far enough.” It calls for investments upfront in communities and people, addressing mass incarceration and systemic racism, and making police accountable to communities. The leaders worry that passage of the George Floyd Act would exhaust reform efforts, not simply be the first step toward reform.

Surely the M4BL is right: sensible police reforms are necessary but not sufficient. Renewed investment in communities and greater community control over the police are essential. The plague of mass incarceration must be ended. The George Floyd Act, however, need not be in conflict with broader reforms.

Conservative Democrats fret that the M4BL slogan — Defund the police — alienates voters. Certainly, most African Americans want protection from crime and violence. They don’t want to get rid of the police, they want to turn them from a threat to an ally. Many police officers agree that we’ve loaded police with too many responsibilities — from dealing with domestic disputes to handling the mentally unstable — because social services have been starved in poor communities. Police reforms will never work unless accompanied by and embedded in rebuilding and empowering communities.

The movement that mobilized after the horrific killing of George Floyd has begun to spark reforms across the country. I urge the civil rights and criminal justice community to unite to push the Senate to pass the George Floyd Act as a first step, to be accompanied by state and local efforts to transform police and federal resources to invest in communities and create new lines of accountability.

The vibrant movement for justice that the M4BL has helped to trigger will not stop there. The unprecedented outpouring of support must continue to mobilize, to demand accountability, to protest police violence, and to keep the pressure on for broader reform. The movement can’t let the perfect be enemy of the good, nor allow partial reforms to slake the need for more action, more experimentation, and greater community control.