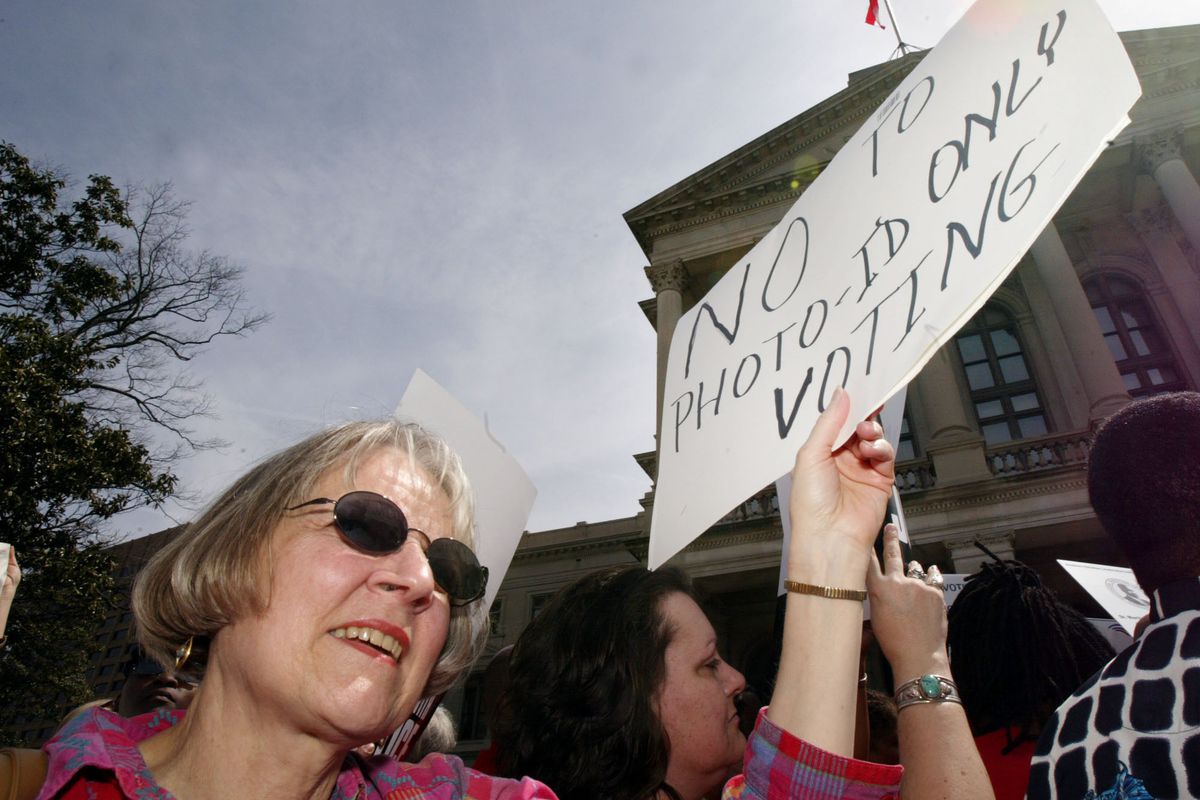 This bad law drives a stake into democracy in Georgia. It must be reversed.

In Georgia, Donald Trump’s big lie that the election was stolen has now been turned into bad law — an election law designed to make it harder for minorities and the young to vote.

This is, as President Joe Biden stated, the new Jim Crow, a blatant attempt by Republicans to suppress votes so they can hold onto power.

This bad law drives a stake into democracy in Georgia. It must be reversed. The Justice Department is considering going to court. Civil rights groups in Georgia have filed suit. The U.S. House of Representatives has passed the For the People Act that would set national standards for fair elections.

Georgia’s misguided leadership must feel similar pressure. I have called on Major League Baseball to move the All-Star game from Atlanta. Companies like CNN, Delta, UPS and others with headquarters in Georgia must make their opposition clear. Celebrities should begin to postpone appearances in Georgia until the law is changed. The WNBA, which played a major role in standing with the Black Lives Matter mobilizations, should join with the NBA and the MLB players’ association to demand the law be reversed.

This mobilization is vital because this law is a direct affront to democracy. Let’s be clear about what is going down.

Trump’s big lie was refuted by official recounts, by Georgia’s secretary of state and election officials, and by Trump’s own attorney general. Despite Trump’s direct intimidation, the Republican secretary of state stated the truth: There was no evidence of fraud. The election — and later Senate run-off elections — featured a dramatic increase in turnout with the votes cast and counted fairly.

Led by the governor, state Republicans then claimed that election law changes were needed to “restore confidence,” a confidence allegedly weakened by Trump’s big lie.

They then passed a law designed to suppress the votes of those likely to vote against them.

Among other things, the law makes it a crime to give water or food to people in line to vote. It ensures that those lines will be long by slashing the availability of drop boxes, limiting early voting and imposing new ID requirements on mail-in voting. After Democrats won the runoff elections in two Senate seats, Republicans voted to reduce the time for the runoff from nine weeks to four with no clear provision for early voting, which African Americans use disproportionately.

This attack on the right to vote is direct and blatant. Propelled by a massive increase in African American and young voters, Democrats flipped Georgia in 2020, winning the presidential race and taking two Senate seats, including the historic election of the first African American to a Senate seat.

In response, Republicans chose not to broaden their appeal, alter their policies to attract votes from minorities and the young. Instead, they chose to pass a law to make it harder for their opponents to vote. In addition, they punished the secretary of state who stood up to Trump, stripping the power to run Georgia elections from his office and from local counties, transferring it to a state board that will be dominated by Republicans. Instead of celebrating the increase of participation in Georgia, Republicans are intent on suppressing it to keep control.

A former Confederate state, Georgia has a long and shameful history of repressing the Black vote. And now Georgia is just the tip of the Republican spear, with Republican legislators introducing some 253 laws in 43 states to make it harder to vote.

This new Jim Crow cannot stand if America’s democracy is to survive. The U.S. Senate should overcome the threatened Republican filibuster and pass the For the People Act that would provide national standards for fair elections. In Georgia, a massive mobilization is needed to overcome the new obstacles and show that the emerging majority will not allow itself to be suppressed. Major League Baseball and other businesses cannot stay neutral, for that would essentially support the law, voter suppression and the new Jim Crow.

Joining a demonstration against the law, the newly elected Sen. Rafael Warnock stated the simple truth: “Today is a very sad day for the State of Georgia. What we have witnessed today is a desperate attempt to lock out and squeeze the people out of their own democracy.” Now it is time to stand up and make it clear that this cannot stand.