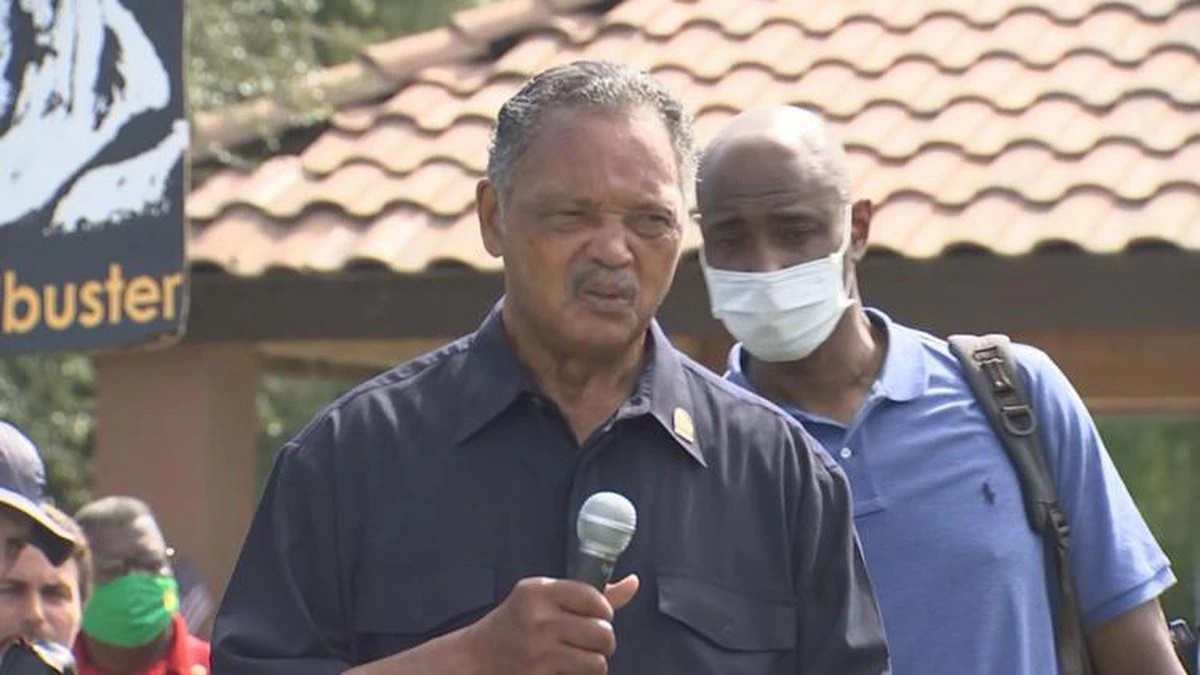 Chicago, IL – Rev. Jesse L. Jackson, Sr. was arrested along with 30 others Monday, July 26th, outside of the office of Senator Krysten Sinema, a Democrat, who opposes the abolition of the filibuster, and charged with third degree misdemeanor and trespassing on private property.

Arrested along with Rev. Jackson were:  Rev. Dr. William Barber, who heads the Repairers of the Breach and co-chairs the Poor Peoples Campaign, Attorney Barbara Arnwine, president/founder of the Transformative Justice Coalition, her chairman, attorney Daryl Jones, and 26 others.
“Rev. Jackson and those arrested were engaging in demonstrations which may result in civil disobedience outside of the office of Sen. Sinema and other senators later this week in Texas,” said Rev. Janette Wilson, senior adviser to Rev. Jackson. “He was charged with third degree misdemeanor and trespassing on private property.”

“The purpose of these demonstrations is to highlight the need for the Senate to join the House in passing H.R.1/S.1 and H.R.4, “For the People Act” better known as the John Lewis Voting Rights Advancement Act,” said Rev. Wilson.

Rev. Jackson is pushing for passage of the “For the People Act” that expands, not restricts voting rights. However, Republicans blocked the bill with a filibuster on June 22, 2021. It failed to secure the 60 votes needed to invoke cloture after a party-line vote of 50-50. Rev. Jackson is vowing to carry his fight for the passage of the civil rights bills to Texas later this week.