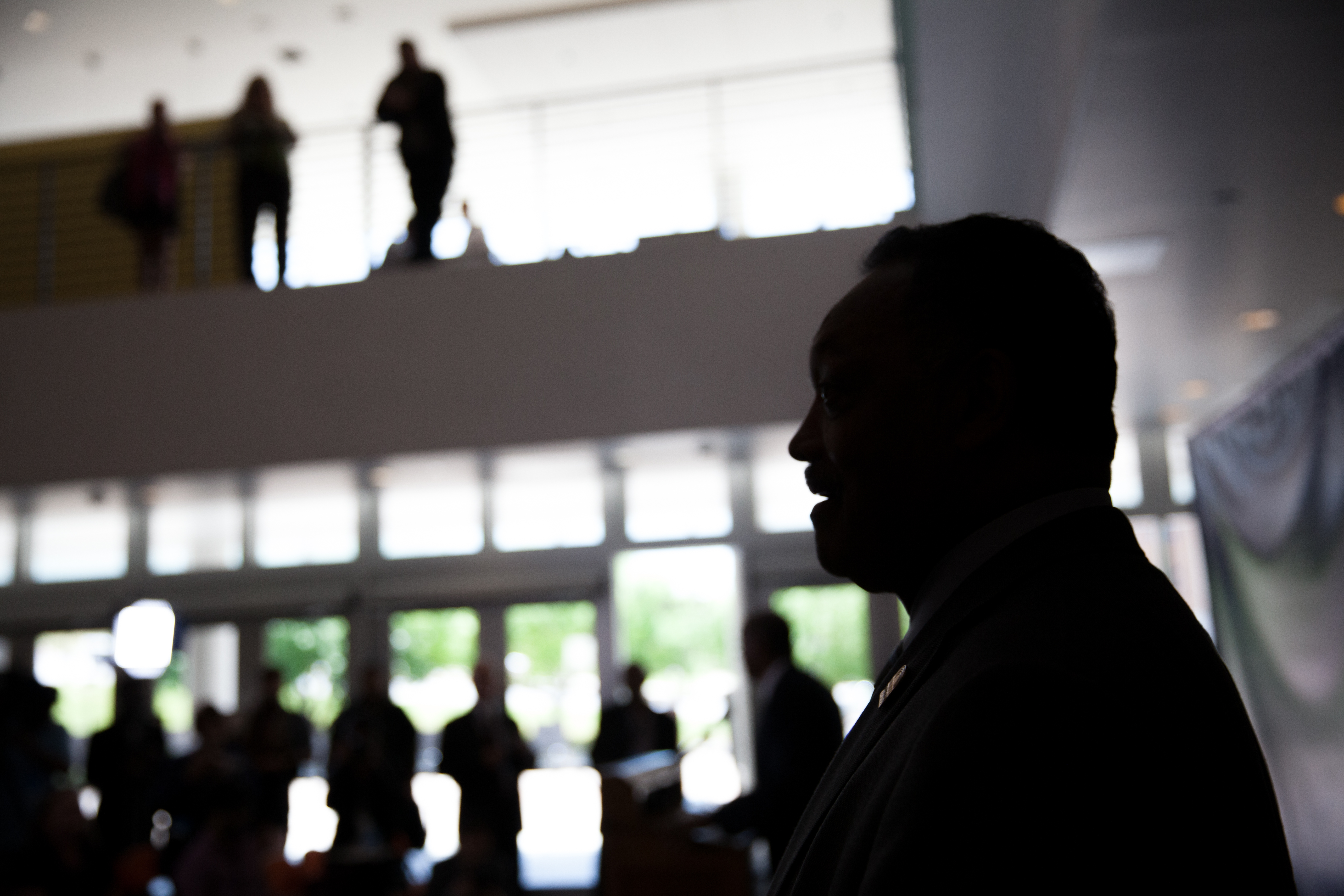 The Rainbow PUSH Coalition is the result of a merger between Operation PUSH and the Rainbow Coalition. Established in 1971 by Rev. Jackson, People United to Save Humanity (later changed from “Save” to “Serve”)–PUSH, was an organization dedicated to improving the economic conditions of black communities across the United States. In the 1970s, PUSH expanded into areas of social and political development using direct action campaigns, a weekly radio broadcast, and awards that honored prominent blacks in the U.S. and abroad. Through Operation PUSH, Rev. Jackson established a platform from which to protect black homeowners, workers, and businesses.

PUSH also dedicated itself to developing young people through reading programs and the creation of PUSH Excel, a program that emphasized keeping inner-city youth in school while assisting them with job placement. The organization was also highly successful at compelling major corporations with a presence in the black community to adopt affirmative action programs which committed the companies to hire more black and minority executives and supervisors. It also influenced these companies to include black suppliers, wholesalers, and distributors on their purchasing lists. PUSH also used prayer vigils and boycotts as a means to win job concessions for minorities from white businesses.

In 1984, following his first presidential campaign, Rev. Jackson launched the National Rainbow Coalition which sought equal rights for all Americans. A central thrust of the Coalition was the demand for social programs, voting rights, and affirmative action for minority groups left out by “Reaganomics”. The National Rainbow Coalition opposed Ronald Regan’s policies for reducing domestic spending by the government. His policies encouraged economic investment outside of the inner cities, resulting in high unemployment in minority communities and a host of social problems.

The merger of the two organizations occurred in 1996 when Rev. Jackson moved back to Chicago after serving as a shadow senator for Washington, D.C. from 1991 to 1996. The merger formed the Rainbow PUSH Coalition with a mission to protect, defend, and gain civil rights by leveling the economic and educational playing fields, and to promote peace and justice around the world.