Rev. Jackson to defense attorney in Ahmaud Arbery case, “I’ll be in court next week” 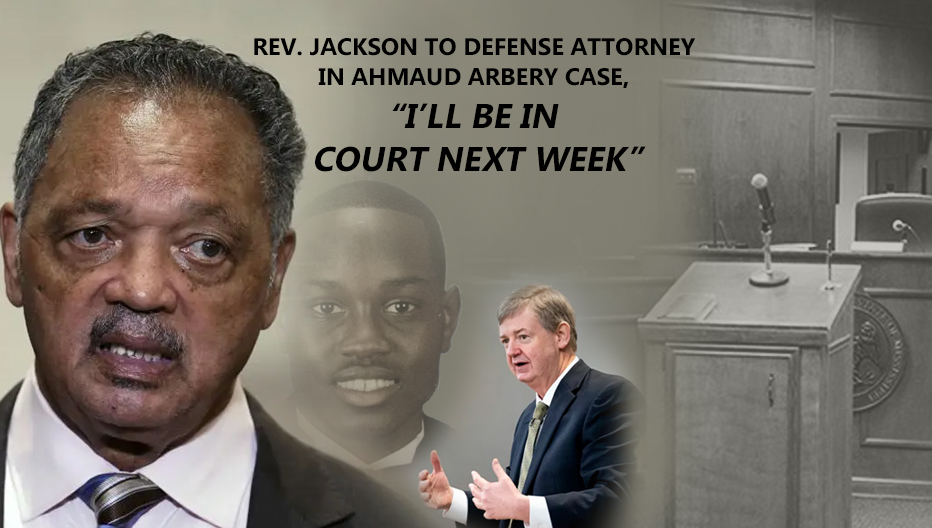 Rev. Jackson to defense attorney in Ahmaud Arbery case, “I’ll be in court next week”

Chicago, IL – Rev. Jesse L. Jackson, Sr. Friday sent a message to Defense Attorney Kevin Gough, who is representing one of three white men facing murder charges in the murder of Ahmaud Arbery, “I’ll be in court next week.”

Rev. Jackson said Gough does not have a right to overrule family decisions as to who can and who can’t attend their son’s accuser’s trial.  When Gough said with the exception of Rev. Al Sharpton, “we don’t want any more black pastors coming in here” including Rev. Jackson because they are “trying to influence the jury,” Rev. Jackson said, that line of thinking “is unacceptable.”  “Parents have the right to determine who want to befriend them,” said Rev. Jackson. “A public trial involves public observation.”

Referring to the defense’s use of peremptory challenges which has led to a mostly white jury with only one black, Rev. Jackson said, “They use their strength to eliminate jurors based upon race as far as sending them to the disqualified rank. I will not dignify his position. I’ll be in court next week.”